Our Experience, Our Team

Our team’s mix of experience includes senior level positions at . . . 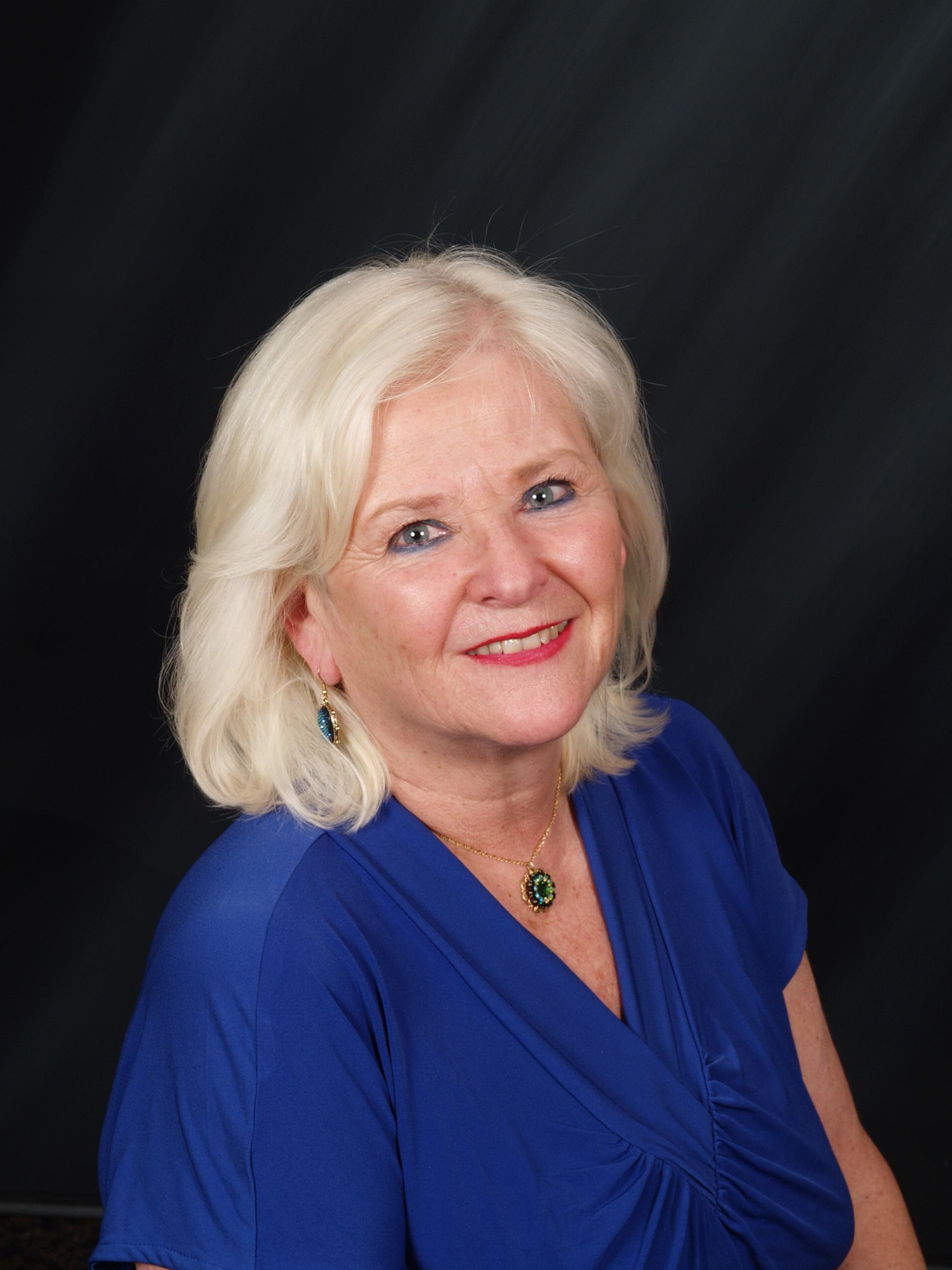 Liz has more than 30 years’ experience in consumer, health, food/culinary and medical trend- tracking/forecasting; market assessment and creating business building ideas and market solutions. She has served as Editor-in-chief of McCall’s magazine, and Asst. Editor-in-chief of Good Housekeeping magazine, each with more than 35 million readers per month. Sloan was the Director of the Good Housekeeping Institute and laboratories responsible for reviewing the Good Housekeeping Seal. Sloan was SVP and International Director for Food & Nutrition for Hill & Knowlton Public Relations with offices in more than 40 countries. She was the first Scientific Director of the Am. Assn. of Cereal Chemists and Director of Nutrition Communication and Technical Services for General Mills. Sloan has written over 500 articles on consumer trends and food/nutrition marketing; co-authored two college textbooks on nutrition and served as trends editor for Food Business, Global Food Business, Food Engineering, Processed Prepared Foods, Food Product Development and Flavor & the Menu magazines. She was the Editor-in-Chief of Cereal Foods World and Cereal Chemistry magazines. She has a Ph.D. in food science and nutrition and mass communication/journalism from the University of Minnesota and a B.S. from Rutgers University. She is a recipient of the IFT’s Calvert H. Willey Award for Outstanding Service to the Food Industry, a former national IFT Nutrition Division President and an IFT Fellow. 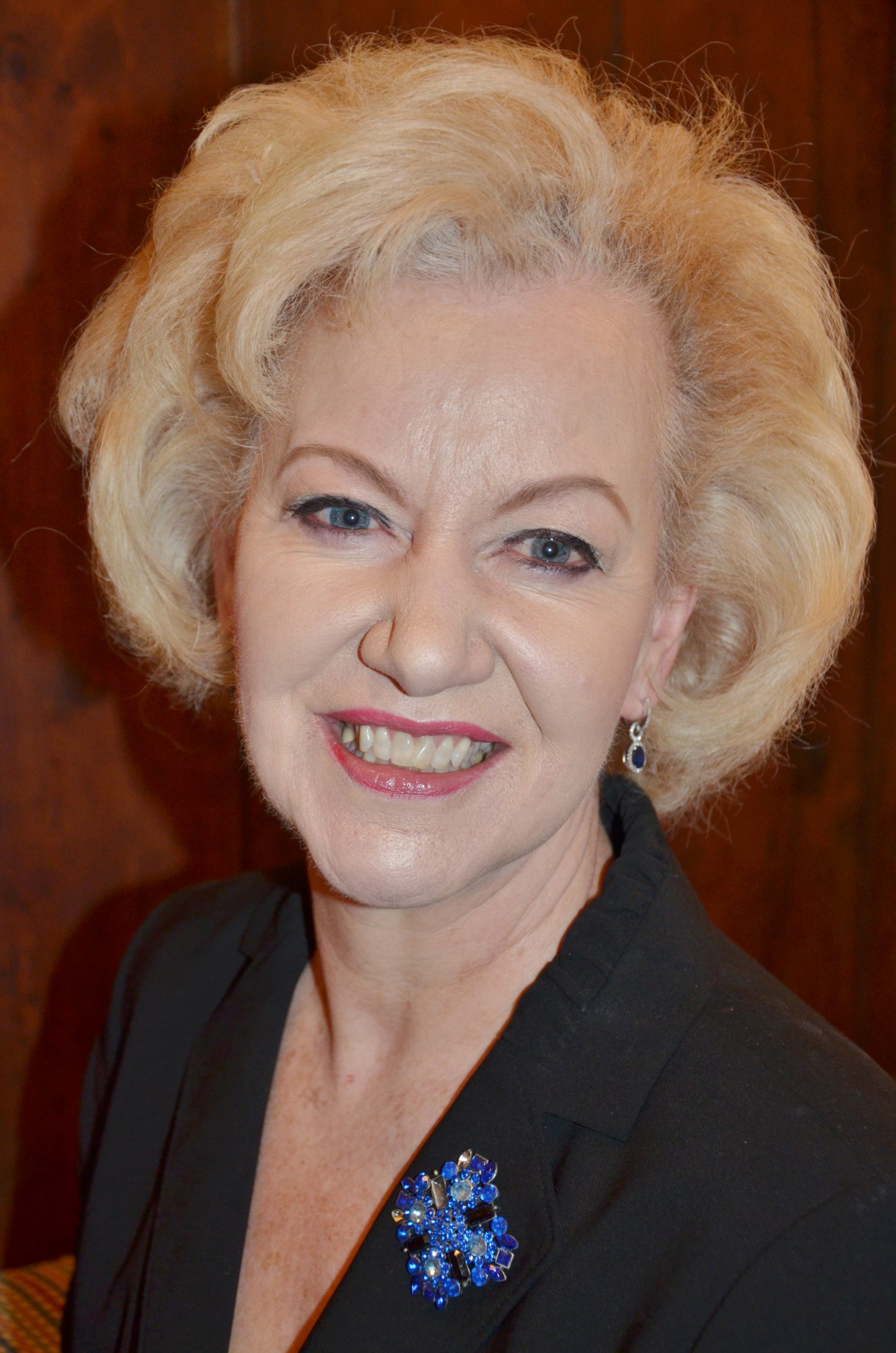 Dr. Adams Hutt serves as Chief Regulatory and Science Officer for Sloan Trends and specializes in food safety, nutrition and wellness, regulatory compliance, and quality management. Catherine has had senior leadership roles in the public and private sectors. She led quality and food safety programs for Fortune 200 manufacturing and food service companies, including HJ Heinz, Campbell Soup Company and Tricon Restaurants, before they became YUM! Brands. She was Chief Quality, Food Safety, and Nutrition Officer for McDonald’s Corporation where she led McDonald’s nutrition policy; as was Chief Quality Officer and Coors Brewing Company. Prior to joining the private sector, Catherine was Assistant Administrator for the US Department of Agriculture Food Safety and Inspection Service, the regulatory agency for meat and poultry. There she led the global development for the principles of HACCP as we know it today, led the US Delegations for the Codex Food Hygiene Committee and Import and Export Certification Committee, and played key roles in the adoption of HACCP as a regulatory tool and the development of the Sanitary and Phytosanitary Standards that are part of WTO agreements today. She has also worked for ILSI-Nutrition Foundation and the Grocery Manufacturers of America, in Washington, DC. Dr. Adams Hutt received her doctoral degree from the University of Illinois, Master’s of Science from Michigan State University and undergraduate degree from the Pennsylvania State University. She is a Registered Dietitian and Certified Food Scientist. Dr. Adams Hutt has been recognized as Distinguished Alumnus of Pennsylvania State University; she is s Fellow of the Pennsylvania State University and the Institute of Food Technologists. 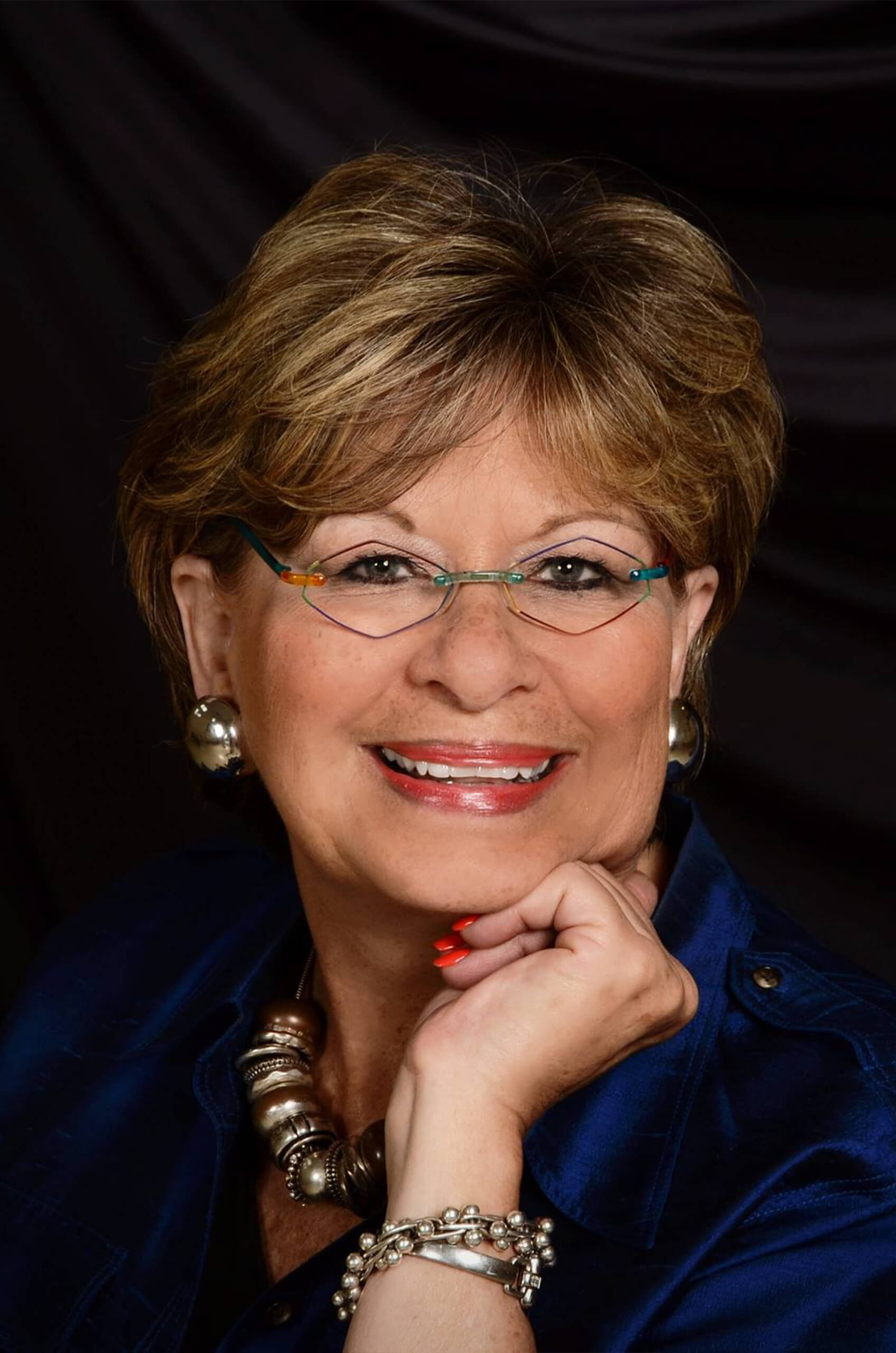 Linda assists clients in telling their stories by developing and executing marketing communication programs and high-impact public relations campaigns. She brings years of experience as a staff member of agriculture promotion boards. Her relationships with trade and consumer media are key to clients’ success. She has extensive global experience in increasing awareness of a products benefits among potential target audiences. To accomplish her tasks, she has worked alongside such luminaries as Julia Child, and the presidents and diplomats of several nations.

Linda’s institution-building and organization-creating experience includes The Soyfoods Council, which promotes the services and products of companies, organizations and individuals. She arranges radio and TV interviews and product demonstrations for clients, in venues that range from state fairs to hotels in Asia and culinary schools worldwide. She also creates trade show and media events at major locations including EPCOT Center, The Culinary Institute of America, the Fancy Food Show and the Natural Products Expo. Linda has set up numerous high-impact tours to showcase clients’ passion and products. These events bring together dietitians, bloggers, chefs, educators, and journalists.  Linda has orchestrated high-profile placements for clients, including broadcast segments on NBC Nightly News “Making a Difference” and NPR; print publications, e.g., Restaurant Hospitality and Progressive Grocer’s Editor Picks Awards, to features in national newspapers and magazines, including Cooking Light, Woman’s Day and Washington Post.  She has created culinary events with celebrity and trendsetting chefs such as David Burke, Larry Forgione, Susan Spicer and dozens of others. Her industry involvement includes serving on the boards of The American Institute of Wine and Food, International Foodservice Editorial Council, Culinary Institute of America, Stout University Foundation and Wisconsin 4-H Foundation. She has been recognized by HEIB (Home Economist in Business) as Business Home Economist of the Year, and received the “Betty” Award, the highest service award that the International Foodservice Editorial Council bestows on its members. 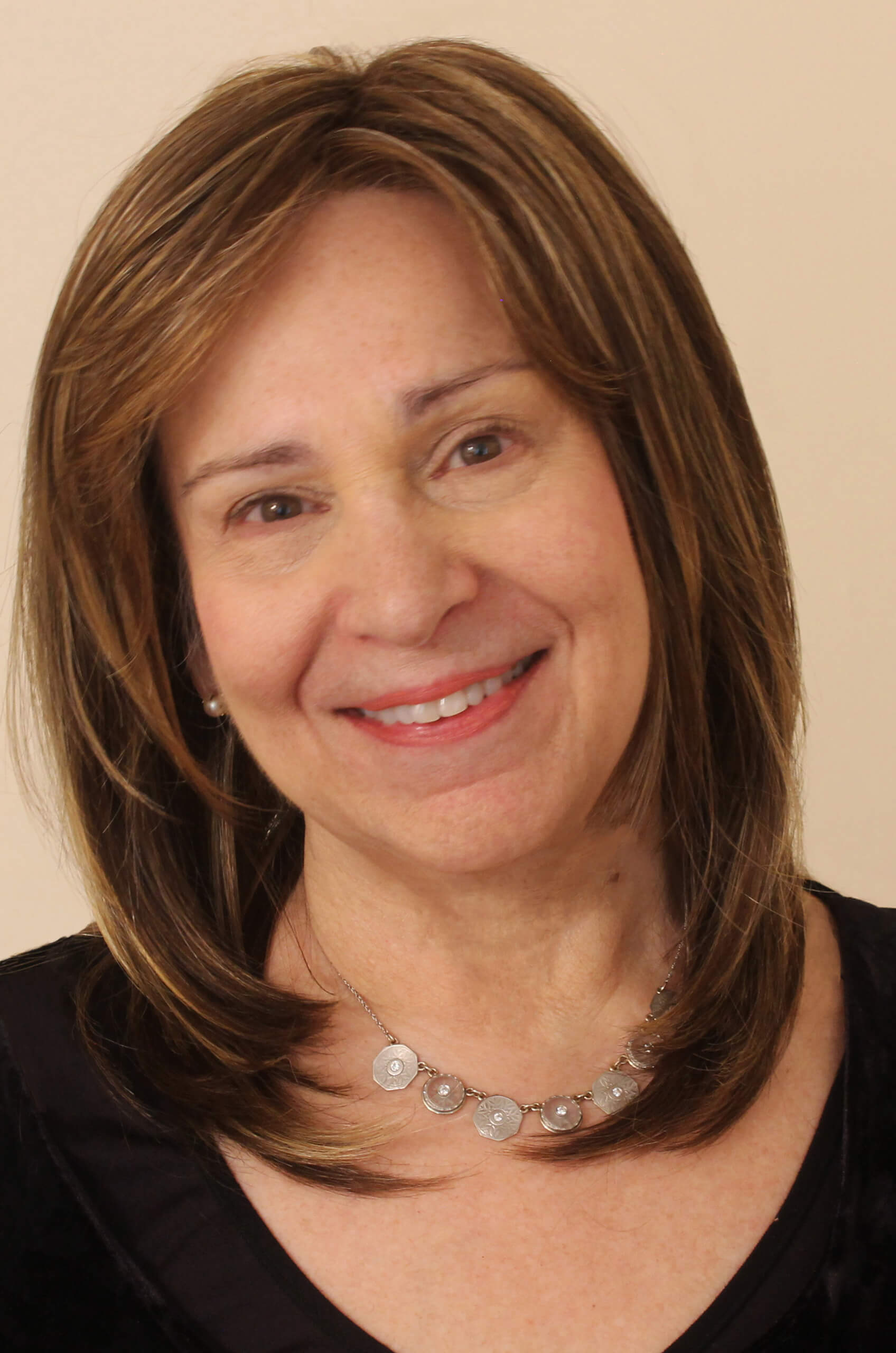 Gail specializes in food writing with 30+ years of experience in the foodservice field, where she served as executive food editor of Restaurant Hospitality. In addition, she has worked as a staff editor on Restaurant Show Dailies, edited more than 15 editions of Cooking With Restaurant Hospitality, wrote a food column for an alternative newspaper, and hosted a weekly food radio program for several years. Her freelance work has appeared in more than 100 publications. Gail wrote for two newsletters published by supermarket chains and has appeared as a food historian in a segment on Food Network TV’s series, “Titans of Taste/Supermarket Sensations.” Gail has been a speaker at numerous foodservice conferences, including The International Association of Culinary Professionals, the Academy of Nutrition and Dietetics, The American Institute of Wine and Food, MUFSO, the Cheers Beverage Conference, and the Fabulous Food Show, among others. She was a member of the national speakers’ bureau for the Resetting the American Table project, cosponsored by The American Dietetics Association (now the Academy for Nutrition and Dietetics) and the American Institute of Wine and Food. Gail served as President of the International Foodservice Editorial Council and served three additional terms on the board. In 2008 and 2009 she was a judge for the James Beard Foundation Journalism Awards for Food Writing.  She has also done consulting work for the Hospitality Program at Cuyahoga Community College, served on the National Advisory Board of the Culinary Arts Institute at Mississippi University for Women, and was a member of the Editorial Advisory Board for The Cleveland Clinic Press. Before becoming a food editor, Gail was beverage editor of Restaurant Hospitality for several years. She also served as contributing editor for BarProfits online newsletter published by Bar Media. She wrote a 64-page foodservice educational booklet, Serving and Selling Wine, for Coca-Cola/ The Wine Spectrum, and has written beverage-related articles for American Express, beverage manufacturers, and beverage industry trade publications.

Gail’s seven books include Design Spirits (an international hospitality design book that has been translated into several languages), Cleveland Food Memories (a local food history/nostalgia book), and The Vegetable Storybook (co-authored with Vicki Draeger, Ph.D.) that won a 2010 “Best in the U.S.” Gourmand World Cookbook Award. In addition, Gail is an adjunct professor who teaches college courses ranging from food and culture to professional communications and food writing. She earned her Certified Culinary Professional credentials through the International Association of Culinary Professionals. Her magazine writing has received numerous awards in local, statewide and national journalism competitions. 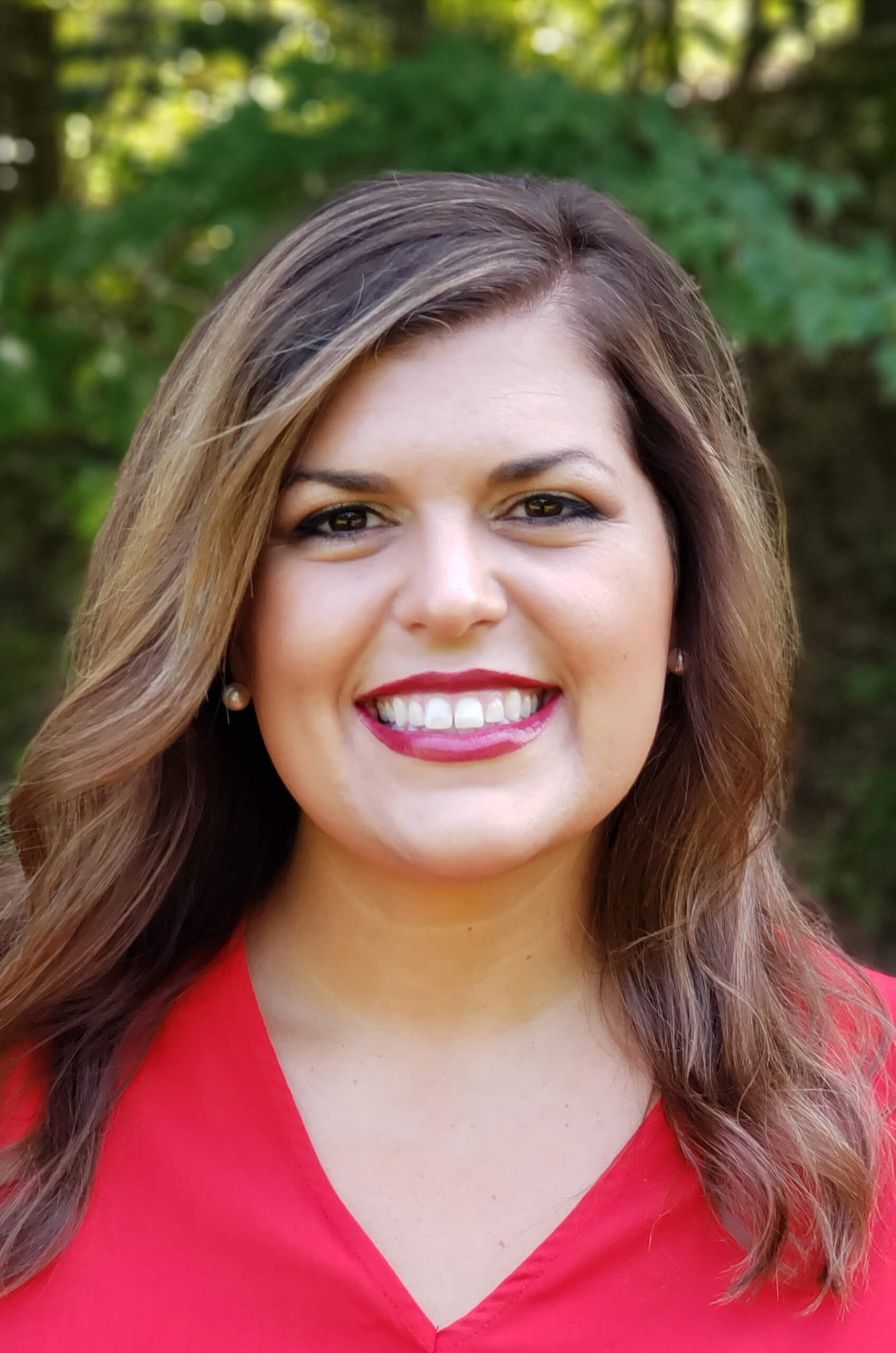 Ariel Brown started with Sloan Trends in November of 2014. By trade, she is a licensed professional counselor and considers herself a lifelong learner of pursuing wellness and healthy living. Her desire is for everyone to experience wellness across the ages for generations to come.

Ariel Brown resides in Little Rock, Arkansas with her husband Derek Brown and their sweet children; Leila, Gavin and Jonas. Her interests include spending time with her family and friends, camping, enjoying the outdoors and traveling.

Jim has served as Vice President and Chief Financial Officer of Sloan Trends, Inc. for the past 15 years. He began his career in the Marine Corps after graduation from the U.S. Naval Academy, holding a number of diverse positions which include serving at U.S. Marine Headquarters, Washington, D.C.

After leaving the Corp, he continued with his education earning an MBA (with distinction) in Accounting. Mr. Murtland was a senior corporate management executive for UPS. He also served as General Manager of Loomis Armored Services and was with HKS Logistic Consultant. Jim was also an Adjunct Professor of Finance and Accounting with the University of Phoenix.

He also currently serves in the publicity elected role of President, of the Rincon Diablo Water Board, in Escondido, CA.

Do you want to get in touch?